McDonald’s, is one of the world’s largest restaurant chains, serving approximately 69 million customers daily in over 100 countries across approximately 36,900 outlets as of 2016.

McDonald’s primarily sells hamburgers, cheeseburgers, chicken products, french fries, breakfast items, soft drinks, milkshakes, wraps, and desserts. In response to changing consumer tastes and after facing criticism for the unhealthy nature of their food, the company has expanded its menu to include salads, fish, smoothies, and fruit. List of McDonald’s In Malaysia will give you information about all McDonald’s outlets in Malaysia….we hope you can get benefit from this..

The McDonald’s Corporation revenues come from the rent, royalties, and fees paid by the franchisees, as well as sales in company-operated restaurants.

The birth of McDonald’s® began with Raymond Albert Kroc. Ray Kroc was the exclusive distributor of a milk shake maker called the Multimixer. Meanwhile, two brothers, Richard and Maurice McDonald owned and ran a hamburger restaurant in San Bernadino, California, in the 1950s. Ray Kroc heard how well the McDonald brothers were doing using his Multimixers to serve their customers. He met up with them and acquired the franchising right from them to run McDonald’s® restaurants.

A great success story was in the making. 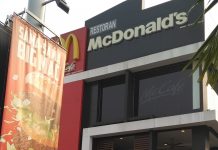 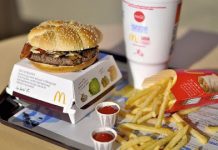 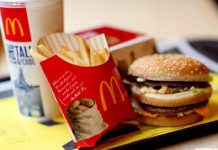